Australian and New Zealand scientists have, for the first time, successfully identified the tiny larva of the giant bump-head Sunfish (Mola alexandrini).

Led by Auckland Museum sunfish expert, Dr Marianne Nyegaard, in collaboration with Australian Museum scientists, Kerryn Parkinson and Andrew King, this significant discovery was made using the Australian Museum’s Ichthyology collections and world-leading Genomics Laboratory in Sydney. The Bump-head Sunfish is one of only three Mola species found in New Zealand and Australian waters, and this breakthrough provides vital information to help scientists understand the entire life cycle of these marine giants (the heaviest known bony fishes in the world) and conservation of the unique species.Auckland Museum research associate Dr Marianne Nyegaard says “This is the first time we have been able to genetically identify a Mola alexandrini larval specimen anywhere in the world.” Collected off the NSW coast in 2017 by the CSIRO RV Investigator, a number of tiny larval Mola specimens came to the attention of Dr Nyegaard, who was keen to identify the species.

Larval fishes often look nothing like their adult form – and for sunfish larvae none of the features used to identify the adult sunfish are visible or relevant in the minute larval specimens – making the identification particularly hard.

“Despite this, using the resources of the Australian Museum’s Genomics Laboratory, we were able to conduct DNA analysis on one of the specimens which was preserved in alcohol,” says Marianne.

To minimise damage to the extremely rare larval specimen (approximately 5mm in length), Kerryn Parkinson from the Australia Museum’s Ichthyology division painstakingly removed a single eyeball from the unidentified specimen, and Andrew King, a genomics specialist, conducted the DNA extraction  and analysis.

“The DNA sequence from the existing Australia Museum specimen was compared to reference data generated by our international collaborators. Differences in the genetic code are analysed statistically to differentiate between  the species.

A clear match from the sequence was identified with samples from an adult Bump-head Sunfish (Mola alexandrini),” Kerryn explained.

Marianne added, “We will now be able to compare this genetically identified Mola alexandrini larvae with the exceptional collection of Mola sunfish larvae held at the Australian Museum, collected since 1925, along  with CSIRO’s larval Mola collection  in Hobart.”

Auckland Museum director of collections and research, David Reeves, says this research is an important lesson in the value of museum collections.

“The collections and genetic data held in museum collections can give us answers to questions about little known or rare species and provide information about their conservation and management,”  says David.

The sunfish, from the Molidae family, have attracted international interest because of their unique shape and large size.

“These beautiful giants of the sea are found worldwide in the open ocean of tropical and temperate seas,” says Kerryn. 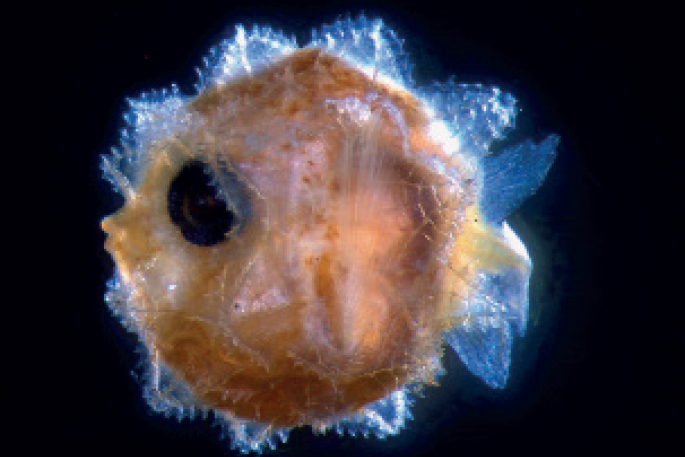 “The classification of the species from the genus Mola has long been confused, despite the large amount of interest these fishes create.

“This is mainly due to their rare occurrence to scientists, and difficulties in preserving them for research.”

To add to the puzzle, sunfish hold the record of the highest potential fecundity of any vertebrate – 300 million ova in a 1.5m long female Ocean Sunfish – a species which can reach more than 3m in length, says Marianne.

“Given sunfishes are so incredibly fecund, it is an enigma why their eggs have never been found in the wild, and why sunfish larvae are so few and far between – where are they?”

“A genetic ID of one of these larvae is incredibly important but only one step on the long journey towards describing the early ontogeny of all three Mola species – an endeavour which will require global collaboration.

“If we want to protect these marine giants, we need to understand their whole life history and that includes knowing what the larvae look like and where they occur.” 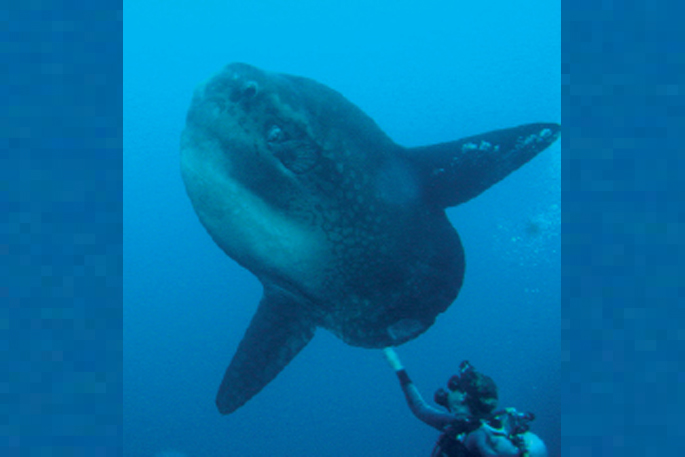