The day my octi saved my life

Here in New Zealand the Octopus, octi, secondary, safe second or, as its more commonly known  here – that yellow thing that keeps leaking  – gets a bit of a bad rap.

They are often not installed on regulator sets initially to save money or removed down the line to reduce servicing costs. With justifications from “well it’s not going to save my butt” to “I only need to have that on there for Australian diving” (spat out with the venom that is reserved only for our western neighbours) they are unscrewed and left to gather dust in the back of a cupboard.

Now I could talk about incident report statistics, training agency recommendations or safe practice procedures but you’ve heard that all before. So I’ll tell you what happened to me.

A couple of years ago, when I was working for an operator up north, I was guiding a dive on the wreck of the Canterbury in Deep Water Cove. Everything was proceeding as normal, following my usual track around the wreck, hitting each highlight right on time. No problems. Until I got to the telephone. As usual, I pulled it out of its box, dropped my regulator out of my mouth, made a mock call for the amusement of my group and replaced the phone. Then it came time to put my reg back in. 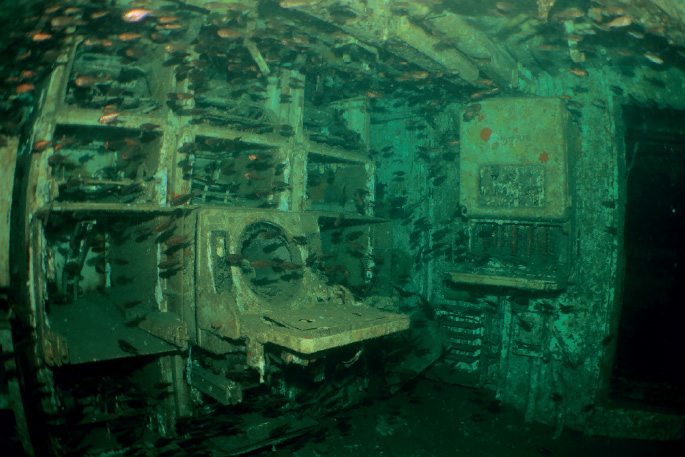 I put it in, gave a good blast from my lungs and tried to breathe in. Water. Out again, hit the purge button, air flows. I try breathing from it again, I get water, again. One last time. Purge works, but the reg won’t breathe. Finally I switch to my octi and we can carry on, back to the shot line and the surface.

All this happened in less than 30 seconds. Having an octi provided me with an immediate resolution that kept me well within my safety margins and allowed me to return to the shot line and ascend safely, including a stop. Could I have swum to the surface, dumped my weights and floated up or buddy breathed off a single second stage? Perhaps. But all of those would have been more stressful, less controllable and push me closer to the chances of decompression illness and a much more serious incident.

My equipment was from a well known brand with an excellent reputation for reliability. It had been regularly serviced by approved technicians. Even then I still experienced a failure.

You don’t need an octi until you really need one. I hope you never do. But keep it on your gear – it could be the difference between you or your buddy making it home from a dive.

How octopus suckers ‘taste by touch’

The secret lives of eels